Sudden unexpected infant deaths due to unsafe sleep settings are a leading cause of preventable death for babies under the age of 1. While the exact causes of these deaths are still unknown, researchers have identified several risk factors, such as putting babies to sleep on their stomachs or sides and parents falling asleep with their infants. The American Academy of Pediatrics (AAP) recommends always placing babies on their backs to sleep and in a safe sleep environment, on a firm mattress in their own crib or bassinet.

To better understand sleep settings for infants and identify factors that put babies at a higher risk of Sudden Infant Death Syndrome, researchers from Penn State recorded infants sleeping in their home. Their research was published last month in Pediatrics.  Despite knowing they were being recorded, parents still placed their infants in unsafe sleep settings. 14% of one-month-olds were placed on their side or stomach, and 28% slept with another person.

A 2011 National Poll on Children’s Health report highlighted inaccurate parent beliefs about infant sleep. Despite AAP recommendations, nearly 1 in 5 parents said it is safe for infants to sleep on their stomachs. 70% of parents reported falling asleep with their infants—some intentionally, but most unintentionally—and 40% of parents said it is safe for an infant to sleep in a bed with another person.

What do you think?
Why do you think parents continue to place their infants in unsafe sleep settings? Share your thoughts with us on Twitter @CSMottPoll. 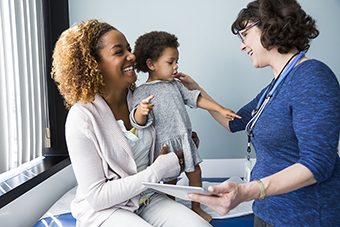