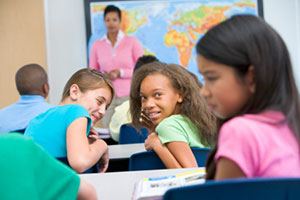 In the eyes of the public, bullying is a major health problem for children in the United States. Media coverage of adolescent suicides linked to bullying and episodes of school violence related to bullying have prompted broad public concern. As a result, 46 states now have anti-bullying laws and 45 of those laws direct schools to adopt bullying policies. 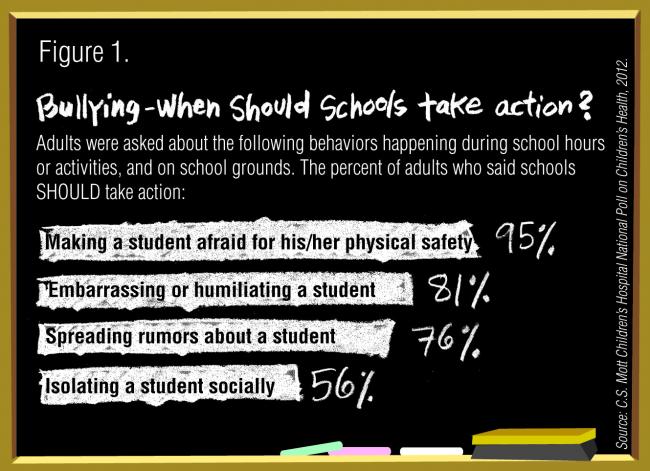 Since the shooting at Columbine High School in 1999, and with subsequent school shootings and teen suicides linked to bullying, public concern about bullying has grown considerably in the U.S. In the last several years of the Poll’s ‘Top 10’ list of greatest child health concerns, bullying has been rated by the public as a major problem for kids. The latest national data from the Youth Risk Behavior Survey in 2011 indicate that 20% of high school students report that they have been the victims of bullying.

Since 2000, almost all states have enacted legislation regarding bullying, and virtually all of the new laws require schools to have bullying policies. This nearly universal policy approach, however, obscures the fact that states specify many different behaviors as bullying. Different definitions leave room for confusion, debate, and potentially ineffective implementation of states’ well-intentioned legislative efforts at the local school level.

Federal government resources about bullying (http://stopbullying.gov) emphasize that bullying can take many forms – certainly including physical and verbal intimidation that make students afraid for their safety, but also including embarrassing someone, spreading hurtful rumors, and purposeful social isolation. This ‘national definition’ is at the core of questions we asked in this Poll.

The key finding from this poll: adults do not see behaviors across the bullying spectrum as equivalent. The public strongly supports school actions to intervene on bullying that makes other students afraid for their safety. Support is also quite strong for school interventions to address bullying that involves humiliating another student or spreading hurtful rumors – although about one-fifth of adults would not support school action in such circumstances.

The greatest disagreement relates to bullying behavior that socially isolates a student, for which only about one-half of adults believe that schools should intervene. This lack of agreement is concerning, because persistent intentional social isolation can be particularly distressing to adolescents and lead to self-harming behaviors and also acts of violence against others in school settings.

These findings suggest that, at the school level, it will be critically important for school officials to communicate clearly with the community about what is considered bullying, how schools will respond, and how they welcome community dialogue on the issue. In addition, students play a key role at the beginning of each school year to set expectations of each other regarding bullying, responses to bullying, and how they will relate to each other about this continuing health concern.

This report presents findings from a nationally representative household survey conducted exclusively by GfK Custom Research, LLC (GfK), for C.S. Mott Children’s Hospital via a method used in many published studies.  The survey was administered in May 2012 to a randomly selected, stratified group of adults age 18 and older (n=2,144) from GfK’s web-enabled KnowledgePanel® that closely resembles the U.S. population. The sample was subsequently weighted to reflect population figures from the Census Bureau. The survey completion rate was 62% among panel members contacted to participate. The margin of error is ± 2 to 4 percentage points. 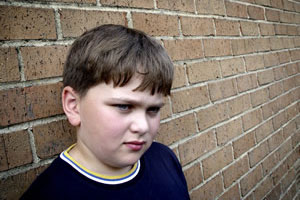