Silent risk: Most parents and teens not talking about noise-induced hearing loss 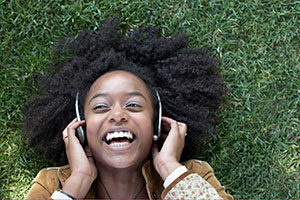 Silent risk: Most parents and teens not talking about noise-induced hearing loss

According to national estimates, 1 in 6 US adolescents has high-frequency hearing loss. This type of hearing loss can be caused by extended listening to loud noise (for example: loud engines or music) for long periods, or even by brief exposure to extremely loud sounds (for example: explosions).

Talking with Teens About Hearing Loss

Over two-thirds of parents (69%) reported that they had not talked with their teens about noise-induced hearing loss, with no difference between teen boys and girls. Among those who had not discussed hearing loss, 78% believe their teens are not at risk for this problem. When parents did talk about hearing loss, their conversations were prompted by:

Only 32% of parents were aware of volume-limiting headphones or earbuds that can prevent listening devices from reaching potentially damaging noise levels.

When parents were informed about volume-limiting headphones/earbuds and their typical price ($15-$30/pair), over half said they would be likely to purchase them. However, only about a third of parents think their teens would be willing to use them (Figure 1).

Noise-induced hearing loss is not reversible, but it is preventable. Following the lead of about one-third of parents in this Poll, parents can talk with their teens about hearing loss. In addition, doctors and other health professionals can play a role by introducing this topic routinely with both parents and teens, during preventive care visits.

Both parents and teenagers can take some simple steps towards hearing conservation. Most volume-limiting devices look like regular headphones or earbuds, but constrain sound to 85 decibels or less, a reduction of up to 40% in maximum volume output. Use of volume-limiting headphones or earbuds may be a strategy for parents to consider in preserving teenagers’ hearing for the future.

This report presents findings from a nationally representative household survey conducted exclusively by Knowledge Networks, Inc. (KN), for C.S. Mott Children’s Hospital via a method used in many published studies.  The survey was administered in September 2011 to a randomly selected, stratified group of parents age 18 and older (n= 725) with a child age 13-17 from the KN standing panel that closely resembles the U.S. population.  The sample was subsequently weighted to reflect population figures from the Census Bureau.  The survey completion rate was 58% among parent panel members contacted to participate.  The margin of error is ± 3 to 8 percentage points.