Every year, the National Poll on Children’s Health reports on the top 10 child health concerns in the U.S. according to adults across the country. In this year’s 6th annual top 10 report, adults said ‘not enough exercise’ is the biggest health concern for kids in the U.S. Childhood obesity was the second biggest concern overall and smoking and tobacco use was third. Drug abuse and bullying rounded out the top 5. 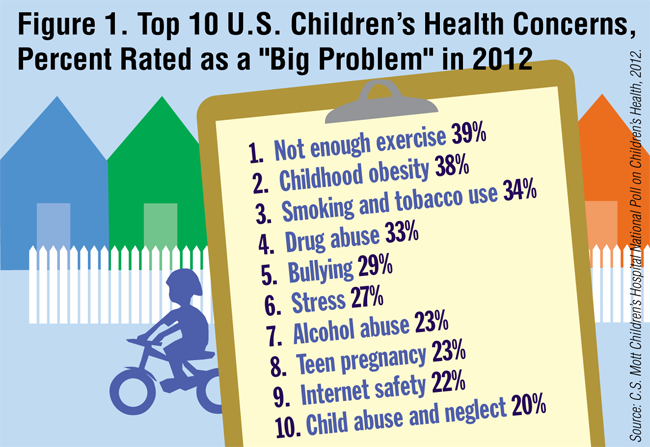 Many of the health concerns in this year’s top 10 report are health behaviors among children and adolescents. This underscores the important of public programs and communication initiatives—for example, those designed to prevent drug abuse, tobacco use, alcohol abuse and teen pregnancy. Given the high level of public concern about these health problems for youth, it is likely such programs will receive public support but also high public expectations for progress in prevention.