Rising rates of suicide highlight the importance of recognizing depression in youth. Some schools have expanded mental health services, including efforts to identify and counsel students with depression. Our November Mott Poll report asked parents with children in middle, junior high, or high school about their views on the role of parents and schools in recognizing youth depression. Parents and media across the country have been discussing how to address and recognize depression in youth. Here’s a roundup of the conversation.

Two-thirds of parents in the Mott Poll cited barriers to recognizing signs and symptoms of depression in their child. This was the focus of a Healio Psychiatry article, Barriers may hinder parents from recognizing child’s depression. Reporter Joseph Graminga noted that despite the barriers, most parents were confident that they would be able to recognize depression in their child, with only 10% saying they were not confident. “I think these findings show that many parents are feeling uncertain,” said Mott Poll co-director Sarah Clark, MPH. “They are very aware that youth depression is common, and they view themselves as fairly knowledgeable about the signs and symptoms. At the same time, they realize that it might not be easy to recognize depression in their own child – perhaps from hearing or reading about teens who died by suicide, where parents did not know their child was suffering.”

Many parents believed their child would reach out to someone if they were feeling depressed, with the most common sources being an adult family member or friend (38%) or another youth (35%). This was highlighted in a TODAY Show piece, How to spot teen depression: Parents still see challenges in recognizing illness. Reporter A. Polowski noted that parents can help their children by identifying a “go to” adult that can be a trusted source if they are feeling blue or down. “There are times when the parent isn’t the first person a kid will talk to,” said Clark. “You want to make sure your kid knows, ‘Yes, you have my permission to do this – talking with somebody when you are feeling overwhelmed is a good thing to do. Don’t hide it, don’t feel like you have to handle the whole world by yourself. I’m here to help, but if you ever feel like you can’t talk to me, let’s figure out who you should talk to.”

What should parents do if they suspect their child might be feeling depressed or suicidal? Reporter Robin Erb offers some suggestions in a Bridge Magazine article, Michigan youth suicide rate doubles. What parents can do. “We’re all more knowledgeable about the signs of depression,” Clark said. “At the same time, we all know that maybe that might not be enough.” Citing recommendations from the American Foundation of Suicide Prevention, Erb suggests that parents listen, talk, and encourage their children not to be afraid to ask for help. “Assume you are the only one who will reach out. Talk to them in private, and listen to their story. Tell them you care about them.”

If you or someone you know is at risk of suicide, please call the US National Suicide Prevention Lifeline, at 1-800-273-8255, or go to suicidepreventionlifeline.org.

For more coverage of our November Mott Poll report, check out these articles from HealthDay, Reuters, SheKnows, and Newsweek. 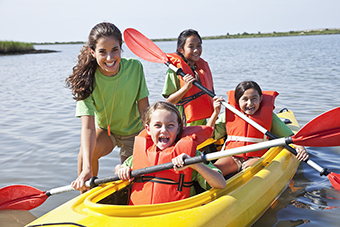